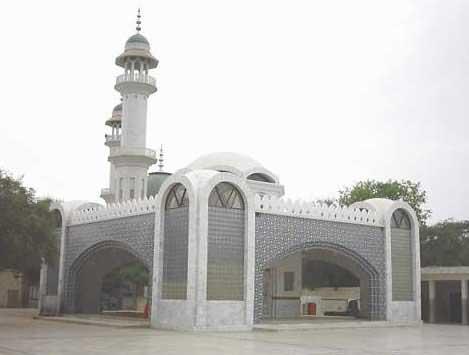 The real name of Sofi saint was Abdullah. Later on the said name was converted as Bulla and due to publicity of his poetry he has been known as Baba Bulley Shah. His actual date of birth and death reckoned in various books cannot be treated as authentic. However, Mr. Charles Fradilt Asboran in his book Bulley Shah has recorded his date of birth as 1680 and date of death as 1775, He was born in Uch Gillanian district Bahawalpur. He belonged to Syed family and his father's name was Syed Sakhi Shah who migrated from Uch Sharif to Malikwal district Sargodah and then to village Pandoki, district Lahore. At that time, Bulley Shah was 6 years old. He got his religious education from Hafiz Ghulam Murtaza Kasuri who also taught Syed Waris Shah, author of Punjabi master-piece Heer. Shrine of Bulley Shah is situated in the centre of Kasur city. His annual Urs (Ceremony) is held on 10th to 12th Bhadon (Last week of August). 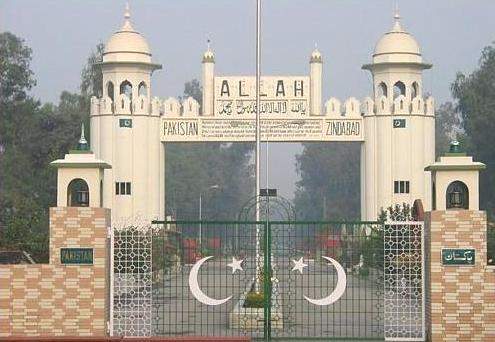 A joint check post (JCP) at Ganda Singh Wala was constructed in 1959 for holding joint flag hoisting ceremony. It is located at 18 kilometres from Kasur and 9 kilometres from Ferozpur (India) on Lahore Ferozpur road. It served as gate-way to India upto 1986 as the buses used to ply from, Pakistan to India through this gate way. The flag hoisting ceremony takes place at 5.30 P.M. daily which is worth-seeing. There is also a picnic spot.

Balloki headworks on the river Ravi is situated at a distance of 65 kilometres from Lahore in the south-western direction. It was constructed during 1911-13 as Triple Canal project to take Upper Chenab Canal water across the headworks for feeding the Lower Bari Doab Canal due to insufficient flow in river Ravi. The headworks was required to irrigate the area of Bahawalnagar district. Balloki headworks is also a very good picnic spot.

Changa Manga is the first man-made irrigated forest not only in Punjab, but also in Pakistan. It was established in 1866 initially for the production of firewood for railway steam locomotives. It covers an area of 12,510 acres, situated about 75 kilometres west of Lahore near Chunian Town of district Kasur. Chhanga Manga forest was developed for pro duction of mulberry timber for sports industries, production of Shisham timber for furniture and plywood industries etc., production of fast growing species like popular for meeting the requirement of match, plywood and chipboard industries, to provide recreational facilities, preservation and multiplication of wild life and promotion of sericulture. In Chhanga Manga a tramway was established in 1921. The main object was haulage of timber and firewood from the main felling, thinning areas to sale Depott. At present, it is a recreational source to the tourists coming to forest park. Forest park in the forest was established in 1961-62. Further improved through a development scheme, 1995-96 to 1997-98. The total area of the park is 134 acres. The existing facilities in the forest park for tourists are hanging bridges, cafeteria, swimming pool, lake pagoda, log huts, mosque, toilets, boating, tramiline, motel and rest house.